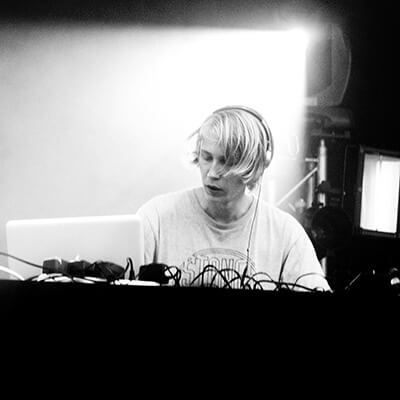 Proviant Audio is 17 year old Mathias Stubø from Norway, producing electronic music influenced by jazz and soul. Mathias is known as a child prodigy in Norway. The NRK (Norwegian Broadcasting Corporation) has already named him Artist of The Week (which is the most prestigious prize for unsigned artists in Norway) twice (first time when he was 14 years old). He is reviewed as a musical genious and Norway’s biggest producer talent by the people in NRK P3. The last years he has been playing at some of Norways greatest music festivals with his liveband including ten men on brass, reed, rhodes, percussion, drums, bass and more. Now Proviant Audio with full live band is ready to play at by:Larm 2010 which is Scandinavia’s biggest festival for music industry.
Proviant Audio / Mushrooms won the Best Creative Commons Albums 2009 award @ Netaudio Berlin Netlabel Moments!

By continuing to browse the site you are agreeing to our use of cookies.
Fuck you Putin!

We are shocked and saddened by the events in Ukraine. We stand in full solidarity with the Ukrainian people, and with all those affected, particularly our Ukrainian friends. Our thoughts go out to all of them and their families and friends.
Putin go fuck yourself!